Coronavirus: The Mayor & Deputy Mayor are now accepting invites, please send your request to the Mayor’s Secretary via email to helen@royalwoottonbassett.gov.uk

The invitations will be reviewed with respect to the current Covid 19 guidance and regulations.

The Mayor and Deputy Mayor of Royal Wootton Bassett

Cllr Nic Hughes was elected as Mayor on Thursday 11th June 2020 at a virtual Full Council meeting. A robing ceremony will hopefully take place later in the year.

The Mayor has chosen ‘Brighter Futures Charity’ for Great Western Hospitals NHS Foundation Trust as his Charity for his Mayoral Year. He will organise various fundraising events throughout the year. Keep an eyes out on the website, facebook and notice boards for details.

Supporting community events is always a highlight in the diary of the Mayor and Deputy Mayor of Royal Wootton Bassett, whether it is an official opening of a new shop, an invitation to attend an amateur dramatics production, or the honour of being invited to present an award at one of the many clubs and organisations in the town. If you would like to invite the Mayor to your event, please get in touch early, as the Mayor’s Diary is generally busy! Just call the office on 01793 850222, or email: enquiries@royalwoottonbassett.gov.uk or come in to see us at 117 High Street, RWB SN4 7AU. 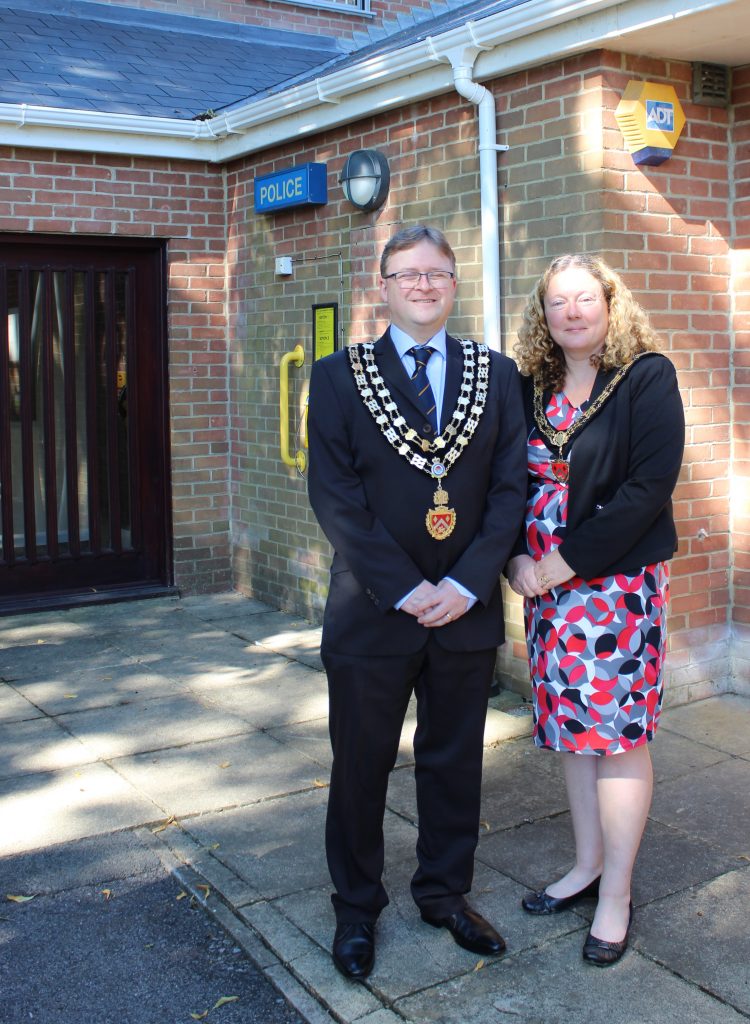 This was his first event and he very much looks forward to more. An article was published in the Swindon Advertiser, click to find out more.